Iskandar Investment Berhad (IIB) launched Iskandar Puteri's community website www.iskandarputeri.com, which showcases and features various local communities, initiatives and happenings in Iskandar Puteri (IP). Dubbed as IP Portal, it is positioned as a new communication platform for all stakeholders and communities in IP. It would be a one-stop centre for the latest news, business opportunities, healthcare, education, career, investment and public services. The portal was launched here today by the Johor State Exco, Chairman for Tourism, Youth and Sports Committee, YB Datuk Onn Hafiz bin Ghazi.

YB Datuk Onn Hafiz bin Ghazi said, "This portal would be the gateway or window for all stakeholders and communities in Iskandar Puteri to reach out to the world and vice versa. This initiative is a step forward to place Iskandar Puteri at par with other international cities.

We are also pleased to announce the Iskandar Puteri Tourism Action Council (IPTAC). The Council is responsible for planning, coordinating and facilitating recovery action plans to revive tourism in Johor that involves industry's stakeholders, ranging from the private sectors, government agencies and local authorities."

IPTAC would promote and accelerate the collaboration among all stakeholders in Iskandar Puteri to develop an integrated promotion for Iskandar Puteri as an attractive and vibrant destination. Moving forward, IPTAC will co-manage IP Portal.

As part of the promotion to attract visitors to Iskandar Puteri, IIB will be holding a photography contest from 15 December 2021 to 15 March 2022. The contest is open to all Malaysian citizens and residents in Malaysia, aged 13 years old and above. The objective of this contest is to encourage visitors to Iskandar Puteri and help boost the city to become one of the many tourists' hotspots in the state of Johor. Participants would stand a chance to win cash prizes of RM2,000; hotel stays sponsored by LEGOLAND Hotel and Ramada Meridin, and some shopping vouchers sponsored by Ben's Independent Grocer. Participants must take photos of fascinating places in Iskandar Puteri with a creative caption. More information is available on www.iskandarputeri.com and the portal's social media platforms Facebook and Instagram. 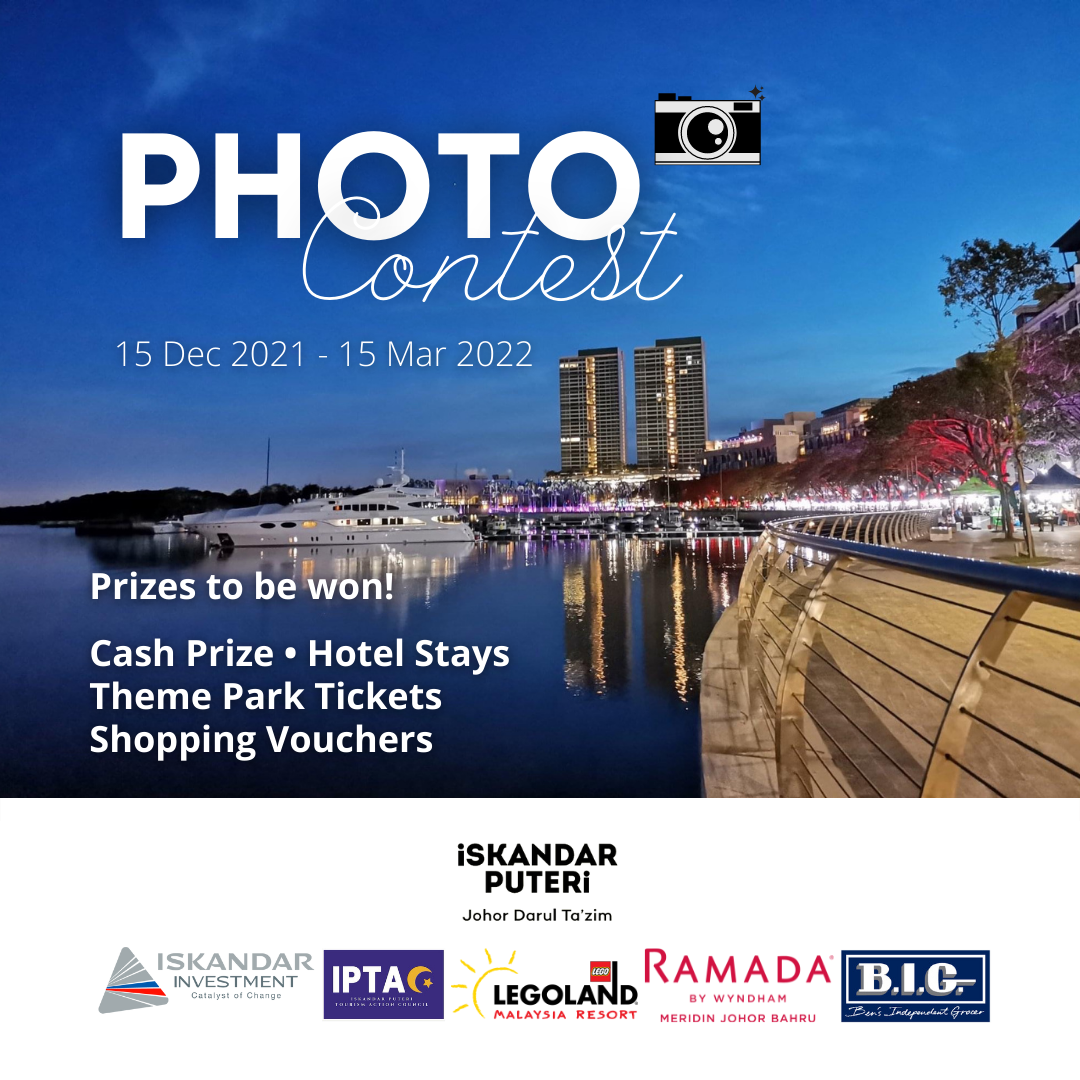