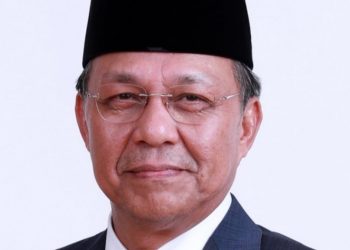 ISKANDAR PUTERI (Sept 10): Johor will most likely see a ‘V-shaped’ economic recovery post-Covid-19 pandemic, Menteri Besar Datuk Ir Hasni Mohammad said. He said although the state’s economic growth will experience a contraction, he believed Johor would remain resilient, supported by diversified sub-sectors, namely services, manufacturing, construction and agriculture, as well as strong fiscal management and low debt. “In terms of debt, Johor records the lowest gross debt to gross domestic product (GDP) ratio, behind Penang and Selangor. Considering this strong foundation, it should be able to overcome any future economic challenges,” he said at the Johor State Legislative Assembly in Kota Iskandar today. Hasni, who is also the Benut State Assemblyman, was responding to a question from K Raven Kumar (PN-Tenggaroh) regarding fiscal control measures taken by the state government to ensure the state’s financial position remained stable and strong. He said among measures taken by the government included the restructuring of the 2020 Budget to focus on realigning of allocations and expenditure of departments state-wide, implementing fiscal consolidation to all responsibility centres and controlling officers, as well as increasing revenue collection and expenditure efficiency. Apart from that, he said appropriate policies for all economic and social sectors would also be introduced to increase the state’s future resilience. Hasni said these steps must be taken due to the anticipated sharp reduction in revenue from last year. The reduction is due to exemption and deferment of payment incentives for several government services that were given in the Ihsan Johor Economic Stimulus Package Series 1 and 2. Additionally, measures to tighten the government operations and services during the Movement Control Order to curb the transmission of Covid-19 have also affected the state’s social and economic standing. Nevertheless, he said Johor’s overall financial performance remained at a surplus of RM267.89 million as of the second quarter 2020. Responding to question from Tan Chen Choon (PH-Jementah) on state’s economic achievement as compared to the same period last year, Hasni said Johor’s GDP figure in the second quarter would likely deteriorate more than the country’s 17.1% contraction in the second quarter 2020. “This is because of a discouraging start to Johor’s economy this year after recording a GDP growth of 2.7% in 2019, the lowest growth in 10 years due to the slowdown in the momentum of the services, manufacturing and construction sectors,” he said. In fact, he said Johor also recorded the worst year-to-year decline across the country last year, after posting a growth of 5.6% in 2018. “Based on the latest trends and above factors, Johor’s GDP in 2020 is estimated to contract further than the national GDP outlook of -5.5% to -3.5%. “Normally, the state’s GDP will contract more than the national level due to the state’s economic dynamics of dependence on Singapore,” he added. - The Edge Market